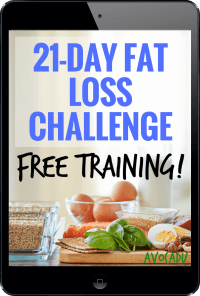 Get the 21-Day Fat Loss Challenge FREE Training Guide!
Start your journey to losing 10-21 pounds in just 21 days...
Get My FREE Guide!
You are here: Home / Weight Loss / 5 Kinds of Weight Loss Surgeries and How They Work

5 Kinds of Weight Loss Surgeries and How They Work

When doctors first started to offer weight loss surgeries, also called bariatric surgery, they did it to help people lose weight. Now that about 196,000 people have it annually, they’ve learned that it has some amazing health benefits that they hadn’t originally thought of. (1)

It helps treat weight-related problems like type II diabetes, high blood pressure, sleep apnea, heart problems, and so much more. It seems like a win-win; you lose weight and get your health back, so what else do you need to know about it?

The answer to that is “a lot.” You can’t just mosey on down to your local surgeon to drop 10 or 20 extra pounds that might be giving you trouble. There are many things to take into consideration before deciding to go under the knife.

Many surgeries have strict guidelines. One guideline is that you need to fall within a certain weight range. For many surgeries, it’s a BMI of at least 30 or higher and you should have at least one weight-related health issue.

Most of these surgeries come with risks, and you need to completely change your diet and lifestyle after the surgery is over. If you don’t, you could have some serious complications.

Here are five of the most common types of weight loss surgery.

Gastric bypass surgery is one of the most popular weight loss surgeries because of how quickly people see results. The most dramatic weight loss is usually within the first six months after surgery, and you’ve probably seen more than one celebrity sharing their stories about getting it done.

The effect is kind of like taking the carpool lane on a busy highway. It creates a shortcut that bypasses some of the stomach and intestines, which results in fewer calories absorbed.

Gastric bypass surgery can have great, long-lasting results, and people can continue to lose weight for a couple of years. From 2003 to 2016, the National Institute of Diabetes and Digestive and Kidney Diseases did a study to see if the long-term effects are worth it.

They examined the safety and success of this kind of weight loss surgery, and found that it’s “relatively safe, leads to large weight loss, and improves many weight-related health problems.” (1)

They also found that many people were able to keep the weight off for 10 years or more.

There are some risks to consider, aside from the general risks of having any type of surgery. Gastric bypass surgery makes it so that your body doesn’t absorb nutrients the way it was built to, so you’ll have to be super careful with your diet and take supplements for the rest of your life. 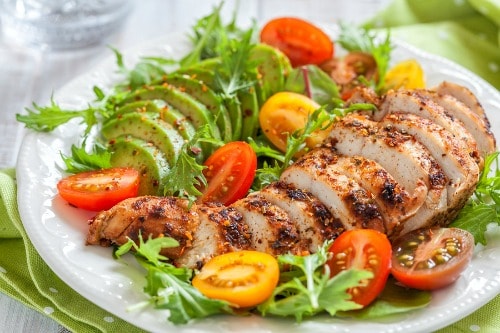 You can also experience dumping syndrome, which causes food to move from the stomach to the intestines before it’s been properly digested. (2)

This is a restrictive surgery that separates the stomach into two parts like a gastric bypass does, but that’s where the similarities end. The surgeon uses an inflatable band, also called a lap band, to separate the upper part of the stomach from the lower part, and there is no “bypass.”

The stomach isn’t completely sealed off though. A small pouch is created from the upper pouch, which limits the amount of food you can eat.

It’s also laparoscopic surgery, which is done using a tiny camera. The band is filled with saline, and the surgeon can inflate or deflate it to make the stomach the right size.

People who have this surgery feel fuller faster, usually after just a cup of food. Portion sizes are really important with this surgery because if you do eat too much, you’ll vomit it right back up, which isn’t a fun way to lose weight.

Gastric banding is less invasive because it’s laparoscopic and requires only a few tiny incisions, but patients often see less dramatic weight loss than those who have a gastric bypass or other restrictive surgeries.

They also tend to gain weight back and require a reoperation.

A study done on 25,042 Medicare patients who got the surgery between 2006 and 2013 found that 18.5% of them needed to have their surgery redone. (3) That’s a much higher percentage than other weight loss surgeries.

Everyone has a cranial nerve called the vagus nerve that runs from the brain to the stomach. One of its responsibilities is to tell the stomach when it’s full.

A vagal blockade, or VBLOC for short, is a device that’s implanted under the skin near the rib cage, and the leads are placed on the trunk of the vagus nerve. It’s done laparoscopically, so there are only a few tiny scars when you’re done.

The implant blocks the signals your vagus nerve sends to the stomach to let you know you’re hungry, so you feel fuller longer and don’t feel the need to eat as much as normal to feel satisfied.

Here’s the weird part about this surgery; the implant is operated and adjusted by a remote control, so be nice to your doctor and his staff because they’re the ones doing the programming.

VBLOCs for weight loss is a relatively new procedure, and while early research looks promising, the jury is still out on how safe and effective it is in the long-term.

One study showed that patients had an 8.5% increase in weight loss over the control group after 12 months. All the participants were in a weight management program. (4)

Side-effects can include digestive problems, chest pain, and pain where the implant is.

One thing that’s guaranteed with this surgery is that you’ll have to do a reoperation at some point. The implants only last about eight years until you need a new one. 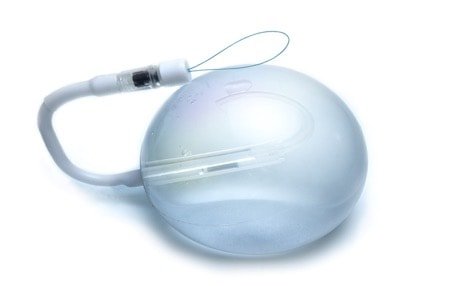 Getting a gastric balloon is not so much a surgery as a test of your gag reflex. You swallow a capsule attached to a thin tube that also has a tiny little camera on it, which is inflated with saline while it’s in your belly.

It’s a restrictive surgery that will make you feel fuller and not be able to eat as much. It only takes about 15 minutes and the balloon lasts about six months.

It’s often recommended for people who don’t want a permanent option and are willing to change their diet and lifestyle while their balloon is functioning. The option to get one is restricted to people with a body mass index between 27 and 35.

The gastric balloon is the cheapest and least invasive weight loss surgery, but it’s got some risks you should be aware of.

In 2017, the FDA confirmed five deaths due to gastric balloon surgery. They believe that the deaths were caused by over-inflation. They also found that there were cases of pancreatitis due to the balloon “compressing other gastrointestinal structures.” (5)

Aside from that, people have reported losing an average of 10% of their body weight during their time the balloon was in their stomach, but one study found that about 30% of people gained the weight back after the balloon was removed. (6)

This is a major, irreversible weight loss surgery that is done only on the most severe obesity cases. Part of your stomach is removed, then connected to the lower part of the small intestines.

This will make you feel fuller faster, and it also makes you absorb less food, which means fewer calories. The problems are similar to gastric bypass surgery because it can cause you to want to hurl and not get enough nutrients.

Like other malabsorptive/restrictive surgeries, you can also get dumping syndrome, which happens when food goes into the intestines too quickly. It can cause diarrhea and make you feel sick.

It’s the riskiest, most complicated surgery for weight loss, but it gets great results. A 15-year study showed that almost 68% of patients showed an excess weight loss of 65% of body weight. (7)

Changing Your Diet to Lose Weight

No, this isn’t a surgery. But it is the LEAST INVASIVE and quickest option with little to no risk involved.

I think the biggest reason that people turn to weight loss surgeries is that they believe that all hope is lost. And perhaps YOU feel that way if you are reading this.

It’s NEVER too late to change your diet and lose the weight the right way. If you’ve been struggling for a few years now, you just haven’t found the right weight loss program for YOU.

Our 21-Day Fat Loss Challenge has changed the lives of THOUSANDS of women over the last couple of years since we started it.

We have helped women of all ages and sizes lose 10-21 pounds in just 21 days, and some women have now lost over 70, 80, 90+ pounds. You see, it was designed so that you can repeat it in multiple rounds if you have more weight to lose after the 21 days is up (at no additional cost!).

I think this makes it a lot easier for people to stick with the diet because mentally, you only need to make it another 21 days. You get “cheat” days and you can take breaks from the diet when you have planned vacations and social events.

You’ll also get access to a private support group where thousands of women are going through the Challenge together, sharing lots of tips for success, encouragement, support, and recipes along the way!

If you enjoyed this article on the types of weight loss surgeries or have any questions, please feel free to leave them in the comment section below!

Success! Now check your email to confirm your subscription.

This article is very helpful for me. Thanks for sharing. I want to know what kind of changes can i do in diet to loss weight?

Hey Sophia, check out our 21 Day Fat Loss Challenge, it outlines everything you need to know to be successful in losing weight.

that is best article, thanks for sharing. 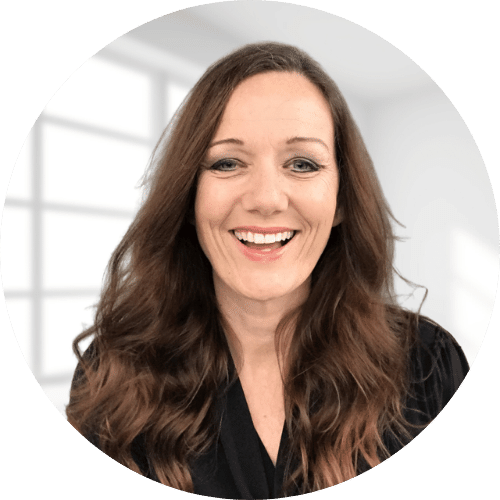 I'm SO excited you're here!  I’m super passionate about nutrition, and specialize in teaching others how to lose weight through healthy, low-carb eating. Here at Avocadu, we believe in quality over quantity and that diet is EVERYTHING when it comes to your health and well-being. In short, we believe in being healthy from the inside out.  Learn more →